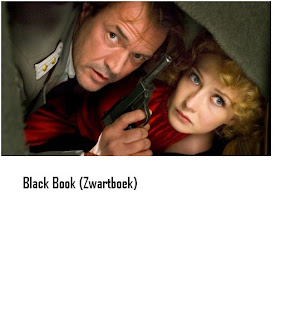 This is a photo from IMDb my favorite website for information on movies.

The last time we visited this subject we talked about spending money at adult book stores, stealing fantasies (pics) of women who serve topless, and acting in blue movies because the pay beats Starbucks.

We touched on the idea that even the straight entertainment industry uses sexuality for mass appeal, too. Some of you didn’t agree that making sexually explicit videos and pictures is exploitation. You felt that if one consents to act or to pose and feels no shame, that it’s basic capitalism, a free market.

What’s it to you anyway, TherapyDoc?

Hey, some people take off their clothes (to make money), so that other people can buy pornography (to feel sexy), so that others (the producers/photographers) can make even more money. It's a free market.

Therapists will get their money somewhere down the line. In our puritanical velt (the religious right won the election for George Bush, remember), nudity raises all kinds of issues, creates intrapsychic and relational conflict. It is the subject in churches and synagogues the world over. So sure, let's take it on. You know I like religious psycho-conflict.

For example, I recently saw Paul Verhoeven's Black Book on video, starring Carise Van Hooten and Sebastian Koch (in the pic at the top) two unbelievably hot actors. Black Book is a sultry, violent film about murder for jewels and money in Holland, 1944.

A lawyer finds Jewish families safe houses and holds their life savings for them for safe-keeping until a time when the war will end. He also arranges their escape over enemy lines into Allied territory when the Gestapo gets too close or if an Allied bomber destroys a hiding place. Relocation is risk at a price. A rescue mission sours, money and jewels get into the wrong hands. Oh, I will NOT tell you the story, it’s too good.

So there I am, on the family room sofa with my feet up, watching Black Book and eating popcorn (made with oil, yes, but no butter) and the movie features much violence and as much or more nudity (along with fantastic direction and performances). I watched for the social and entertainment value (ya’ gotta’ believe me), I wasn't on the tread mill, and I saw a lot of skin. I don’t recommend this to anyone under-age, and certainly not to anyone who is upset seeing naked women or seeing men leering and fondling naked women.

You might ask, how can one lash back on nudity and sexploitation if she watches a movie that features really hot actors with very little on? And let's not forget. I paid to see that film. No free Blockbusters coupons here.

Hypocritical? You bet. (This is along the lines of wasting time, FD, I HAVE to watch this show so I'll know what my patients are talking about). But I'll excuse Black Book as art. It belongs to the genre of erotica, not pornography. And although I'm not personally an erotica fan, at least the film has redeeming social value. Pornography has none.

Wikipedia backs me up with the following distinction:

In general, "erotica" refers to portrayals of sexually arousing material that hold or aspire to artistic, scientific or human merit, whereas "pornography" often connotes the commercial, prurient, morally valueless depiction of sexual acts, with little or no artistic value.

Ours is a society that values art. I took many art history classes downstate for my Bachelors and learned that there is a difference between the words nude and naked.

Nude implies lovely, the human body most beautiful unfettered by clothing. We're works of art, something to be aesthetically admired, in our birthday suits. Naked implies that one should be embarrassed and ashamed, prancing about without clothing. Naked is judgmental, a harsh word.
I would add yet a third category, an umbrella category that says it all, undressed. Meaning, call it what you will, the undressed body turns some people on, sometimes at their own psychological expense, sometimes at the expense of others who didn't necessarily want to click on it or regret clicking on it later.
It is impossible to say that it hurts no one without knowing who has seen it and asking directly. (Patients I've seen who have walked in on parents who were in the buff remember that snapshot memory, not for the better, either, but that's not exactly what we're talking about here).

Let's look at the effect of modeling for erotica specifically, not for pornography even. What if a person models nude for a painting clearly intended to be a work of art. The painting graces the wall of someone else's dining room, the buyer. The model can’t legally take the painting off the wall should (s)he come to regret the job, unless the diner wants to sell it or give it back. It's a Hey, get out of my house! Sounds like a good movie screenplay to me. Someone get on it.
We’re talking about the idea that an act once consensual can become a problem, the same psychological dynamic I wrote about when I posted on being insane at college (Sept 2, 2006). Acting out as a college student can come back to haunt us as adults. Does this mean a kid should never act out?

Yes, but it’s not even a question. Not all kids have the presence of mind to filter, sift through consequesnces or believe in future harm. As adolescents and young adults, we feel omnipotent, deep into developing unique identities, working out the angst of childhood and family issues, trying on new hats.
And kids are going to do what they’re going to do, as one of my friends likes to say.

Bottom line, we learn to live with our mistakes. It’s what makes us older and wiser, and as I’ve said before, owning our mistakes makes us more real to our children.

But owning that photo on the Internet?

Now we’re talking issues. Those photos have lives of their own, they multiply like cells.

Take another, seemingly innocuous situation. A couple makes home videos. They make their own movies, capture themselves undressed. It's easy. Technologically we live in photo-video heaven, own digital cameras, camcorders, cell phones. The film now stars, You.
Couples do this to turn themselves on. The project for their own satisfaction. This pornography or erotica (you decide) is most certainly between consenting adults, right?
But my gut makes me wonder, when I hear about this, is the art truly a product of mutual consent? Really? Or has there been a strong element of coercion on by one partner, the one who has more confidence, more emotional power over the other.

If and when one of them feels guilty and wants to stop the cameras, what happens then?

It does sound criminal, doesn't it, such an invasion of privacy? It makes for real psychological damage—regret, shame, suicidal, even homicidal thoughts and gestures. The kind of feelings that never make anyone feel good.

That's what it is to me, in answer to the question, What is it to you, TherapyDoc?

These are the emotions we work through with patients who regret their decision to say, “Cheese.”

And you're right, you're right, it is often a person's history that drives him or her to posing for the picture, to star in the movie. The desperation comes first, perhaps, the low self-esteem. It is usually not posing that makes one vulnerable, initially. The need and vulnerability can come first.

mother in israel said…
This comment has been removed by a blog administrator.
December 29, 2007 at 9:19 PM

Anonymous said…
Hey Therapy Doc-
I think I am even more of a prude because I have issues with pornography and erotica that you'll see in the movies. I am doing now body image groups with 7th and 8th grade girls. The images of women that show up in those movies, in those erotica scenes, effect the ways girls view their own bodies (as we know the women in these films are only a certain type of woman). And the way sexual interaction is portrated in those movies, those art forms, shape the way that young women think their own sexual relationships are "supposed" to look like. So my huge problem with porn and images in the movies is that I think they add to the feelings of discontent that is rampant in America of people with their own marriages and their own bodies. They see whats on the screen and think they should be getting something different in the bedroom, and look in the mirror and think that they need to deprive themselves to get something different there.
Sorry, needed to rant for a moment, feel better now.
December 30, 2007 at 8:40 AM

therapydoc said…
RACHELZ, such a great rant that is, too. We have to talk a LOT more about body image and what the ol' (or young) bod is supposed to look like.
December 30, 2007 at 9:00 AM

therapydoc said…
BTW, someone reminded me that there is considerable male nudity in Black Book, as well.

Maybe it's Freudian, but to me it was such a turn off that I literally forgot to mention it, and there was much more female nudity, as always, so that's what I wrote about.
December 31, 2007 at 7:32 AM

April_optimist said…
We all make choices. All the time. I know that I make choices about what kinds of novels I will and won't write--because I can't help thinking of the impact my books may have. Sure someone else will write the ones I won't, but my responsibility is mine. And the pay back is knowing that maybe someone's life is a little brighter because they read one of my books or maybe I encouraged someone to see the world in a new (and happier) way. There is power in words and images and I believe those of us who create them have a responsibility to choose carefully what we do.
December 31, 2007 at 3:14 PM