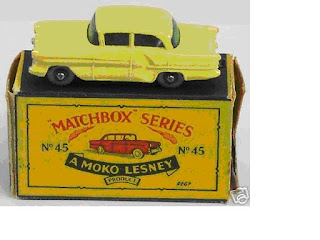 Eating a slice of cantaloupe in the summer for breakfast was the kind of thing expected of us in my family when I was a kid. There was toast, too, which I could take or leave, but for sure it was expected that a person eat a piece of cantaloupe or at least a half a grapefruit.

With the Chicago Daily News, of course. The draw was Mike Royko's column and I tried to read him every day before school. The font on the Daily News was just right and the lay-out manageable. When the paper went under financially we were stuck choosing between the monolithic, unwieldy Chicago Tribune or the tabloid Sun Times. My parents switched to the Sun Times, meaning I could read advice columnist Ann Landers every day.

And I did. Ann Landers was mother's milk to this therapy doc. I soaked up every word along with the funnies, Roger Ebert, and the news. It was all good to me.

But I never understood my mother's obsession with the obituaries until I got a little older and found that these short biographies could summarize a person's accomplishments in only a few paragraphs, leaving me in total admiration.

Not that I'm hooked on the obits, not at all, but I do read them in the weekend edition of Wall Street Journal and of course they're all about people who've made loads of money in their lifetimes doing something interesting.

Last Saturday tool-and-die maker Jack Odell passed away in Herfordshire, England at the age of 87. (Stephen Miller, WSJ wrote the obit) . Mr. Odell made the first Matchbox cars. His original miniatures of Queen Elizabeth II's horse-drawn golden coach, produced for her coronation in 1953, put his start-up company on the map. He sold a million of them and they cost hundreds of dollars on E-bay today.

Lesney (founded by unrelated Smiths LESlie and rodNEY) went public in 1960. Many twists and turns in the road later, Matchbox cars are now owned by Mattel. Mr. Odell died a wealthy man.

I find Odell interesting because he left school at 13, held odd jobs, enlisted in the army, repaired fighting vehicles, and tinkered with old stoves before teaching himself tool-and-dye. He hit on the idea of the matchbox cars when his daughter asked him to make her something for show and tell that would fit into a matchbox.

Now you know I like toys, so it won't surprise you that I've still got quite a few Matchbox and Hot Wheel replicas in the basement toy box. But I am not, generally, a play therapist. I've always thought it was a pretty good gig, playing with little kids and calling it therapy, but basically it feels like a waste of diagnostic and treatment time.

Perhaps other docs build their relationships over many months with small children this way. I prefer to make relationships quickly by bribing kids with candy (no, just kidding).

Most of the children I see are verbal, so we talk. There's so much to talk about!

It's a rare child that doesn't want to rat out his parents, siblings, teachers, classmates, or pet. Something, someone is bothering us all, young and old. I see my job with young people as Spaceman Spiff, exploring new worlds, an ally of the underdog. Occasionally I need a prop, but usually a deck of cards or a winder toy, perhaps a set of pick-up sticks is more than necessary.

What would you do if you were a therapist and you saw a little kid who had survived an automobile accident but lost a grandparent in the crash?

Might you consider using Matchbox cars? His mom actually thought of it. But I can't begin to thank Mr. Odell.


BTW I always felt that Matchbox and Hotwheels were mortal enemies with divergent philosphies (ie Matchbox cars were realistic replicas while Hotwheels were wild). I always was uneasy about the merger.

This POV on play therapy is useful. My 7 yr old will meet with a child psychologist for the first time, and this therapist has a play room where she meets with kids. My son may have ADHD - however, he's good at concentrating on Lego or action figures.
He is pretty excited about this (because there is NO SHOT) and also wants his dad to take him so they can play together.

I know I cannot imagine him talking to her in her office, all Victorian lace and cabbage roses ;-)

Matchbox cars are cute that my father had a collection of it. I think he started collected those since he's in his elementary days. By the way, thank you for sharing this.