The 4th Carnival of All Substances-Therefore, Choose. . . 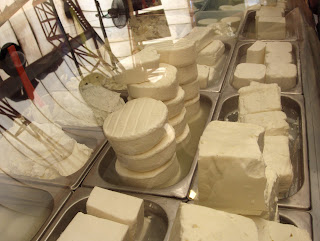 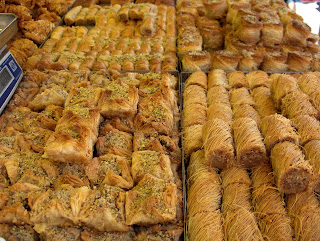 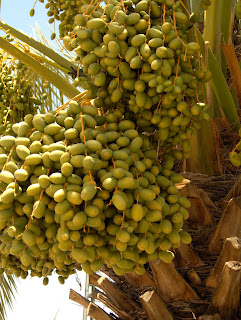 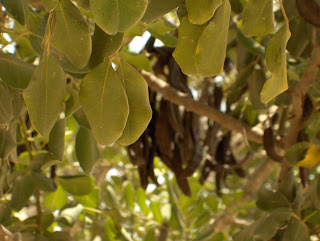 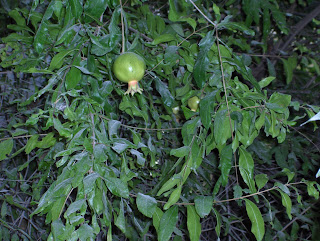 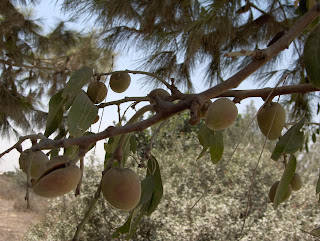 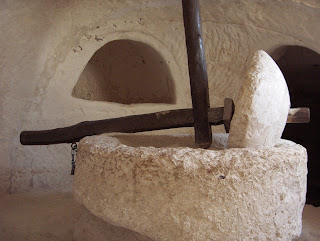 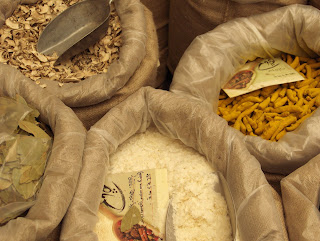 WHAT? You come here for booze, meth and coke and I offer you cheese, figs, spices, grapes, almonds a pomegranate, olive oil (that's an ancient olive press, perhaps used 2008 years ago), carob seeds, baklava and a peach?

Maybe you can make a substance out of something. Frankly, they're better for you, taste better, will get you high if you consume in the right frame of mind (mainly if you're hungry), and have fewer calories, except for maybe the baklava and the cheese.

But when was the last time you had cheese like that, and when has anyone had baklava, seriously?

Those who burtz (yiddish, rhymes with tour, add the "tz", means complain) about sugar addictions haven't submitted anything so I can totally get away with all of this!

Erin, who beat an Oxycontin addiction tells us about differences in motivation (like why be dirty when you can be clean) over at What Winners Do.
Thanks, Erin.

Two Dogs Barking reminds us what a drag co-dependency can be. She tells us how it's pretty hard not to be angry when an S-O who had been using through-out the relationship finally gets sober, except she's already booted him and now he's with someone else. Two wanted to break dishes but got a grip (yay).

Fact is, it's pretty hard to express anger safely. The sixties are over, basically, but I'd like to get my hands on those styro-foam bats, if anyone still has them.

And Jimson Lee, over at Speed and Endurance informs us that real athletes know how alcohol messes with your body. His personal fave drink is Gatorade mixed with H20. I'll have to try that. (Isn't Gatorade loaded with caffeine?)

Another fitness buff, RT, tells us who to call if someone we love is using. Ghostbusters, it's not.

Meanwhile, the Registered Addiction Counselors at Bright Eye-Online Alcoholism and Addiction Counseling give you a nice rational, cognitive therapy approach to coping with cravings for drugs and alcohol (picture your S-O saying Bye, Bye, been nice to know ya'). They also present a cognitive tx spin on relapse prevention. This is EXACTLY the stuff I taught at Univ of Illinois. You'll love it (if you like this sort of thing).

Charles H Green, Trusted Advisor generally writes about business, but is kind enough to lend us a philosophical spin on recovery. Booze, drugs, money, there are parallels to finance, obviously. Charles has a really nice post about apologizing that probably is more connected to us, check that one out, too.

Addiction Recover Blog reminds us of 15 signs of trouble, as if we need to be reminded(we do, we do!).

Tracee Sioux at So Sioux Me, Complaint Free House kvetches about her kid's kvetching and then tells us that she thinks she's also addicted to complaining. She writes, Could complaining be considered a substance if the idea of giving it up as a coping mechanism makes me feel as if I'm in recovery? Sorry dear, you're reaching.

But Scott, equally off the track, presents the characters from Harry Potter as real people you meet on campus, in College and Finance, the first humor blog I've seen about money.

Let's finish up with a couple of late submissions that I haven't read but you probably should (or could, or would, far be it from me to tell you what to do):


You get the professional take on co-dependency, Nancy at Emotional Well-being tells you where that's at. I trust Nancy.

Andy at Money Walks (is this an addiction, spending? I suppose it is, fine). Has something to say about paying off those cards. Just do it, maybe, I had to shop so I didn't have time to read it, but you should.

John, at the Universe of Success is serious when he tells you how to stop drinking.

And finally, Bill, at the Universe of Success (would I lie) asks if we're all nuts.

Very nice. My daughter-in-law's mother once sent me a nut-cracker shaped like a squirrel. Not a small item, takes up a lot of room on the table, and it's grown on me. But I have to tell you, I don't take that kind of talk lightly, don't appreciate words like "nuts" or "crazy" to describe people who have the guts to talk about issues in therapy.

THE BAR IS CLOSED. YOU CAN ALL GO HOME NOW. PEACE AND LOVE AND HAVE A SOBER WEEKEND. That goes with slow down when you drive, you'll live longer.

Thanks for picking up my posts. You're right of course, I generally write about business--but I do think it's a subject that's badly in need of good thinking about things like apology. And I also believe that clear thinking about addiction and recovery are often relevant to humanity in general, and can often be of great help in business.
So thanks for picking up on that, it's all good.
Charles H. Green
(Blog Trust Matters, at
www.trustedadvisor.com/blog)

Agreed. It's all good.

Sorry I'm late Therapydoc. Thanks for including my post though it was off topic. http://traceesioux.blogspot.com/2007/08/carnie-of-substances.html