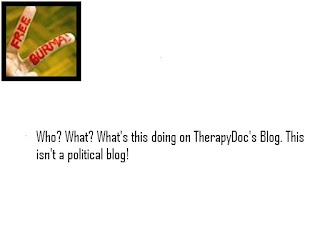 Yes, but I hate the thought of priests beaten and herded off to jail in Yangon, Mayanmar. (Burma in years past). And there's a good joke in the WSJ that you might not have heard.

Maung Thura (Zarganar, or tweezers in Burmese) is a comedian who makes his living sending up the Mayanmar Military Regime. Before the regime, Zarangar spoofed Gen. Ne Win in the 1980's. The comic is fearless, heroic.

He's probably not in Myanmar at this moment or it's likely he'd be in jail. But they say he's there, still telling jokes.

Zarangar was in dental school when he realized he was just too funny to be a dentist. And he HAD to speak out politically. The Al Franken, I suppose, of Asia.

You might remember the rebellion last month, Burmese priests and throngs of people marching in defiance of bans imposed by Myanmar’s ruling military junta. Between 300 and 2ooo people have been detained (depending upon your news source) and hundreds are said to have been killed. I was under the blissful influence of media-deprivation, busy in the synagogue and the succah

In 1988, it was students, brutally crushed, who protested against the Myanmar Junta. Over 3000 are thought to have been killed, many more tortured.

I tell you all this to keep you honest, to keep you grounded. We think we have problems and we do, we do. I'm not minimizing. I'm relativizing.

Bush asked God, 'When will the U.S. become the most powerful nation in the world?'

God replied, 'Not in your life,' driving Bush to tears.

Mr. Hu then asked when China would become the richest nation in the world, which drew the same "not in your life" answer from God and tears from the Chinese president.

Finally, Myanmar's ruler asked when his country would have enough water and electricity. This time it was God who broke into tears, saying, "Not in my life!"

He has funnier jokes, of course.

It's so hard to fully comprehend such poverty. Perhaps, rather than visiting Washington for class trips, or where ever it is the children go these days, the more privileged of our nation, those who have parents who can afford it, should be visiting Mayanmar. Or some less dangerous poverty stricken country.

Just a thought. They could send the message home, write about it, work for a cause. It might be good for all of us, that sort of relativism.

Or you could take on helping sponsor Burmese refugees, individuals and families, who are coming to this country from refugee camps in Thailand and other parts of Southeast Asia. Our sangha (Zen meditation group) has signed up to be a sponsor, and we are eagerly waiting for a family to arrive in the next few months.

A more practical solution. AMAZING. Thanks.

Where do you get this stuff? Ship our children off to Myanmar so they can understand how privileged they are (i.e. the privilege that WE, their parents, bestow upon them and protect AT ALL COSTS)?

Have you ever considered stand up comedy???

It would be an excellent cause. We need a matrix, though. Someone has to do it first and succeed, then amazing things just might happen.

Jan, agreed. Somebody with $ has to bring it up at the next PTA meeting. It's one of those, only one person has to take such an idea seriously, and before you know it, rather than talk about their stocks, kids will be talking about the country they want to visit.

AND it will be good for the inoculation/vaccination business. (Uh, oh, I just KNOW I'm going to be flogged for that comment.)

Oh dear. My first thought is concern for the havoc a bunch of privileged american kids would wreak when they arrived in myanmar. I would vote for at least sending them to intensive "how to not be an exploitative rapist when your dad could buy that town" workshops beforehand. 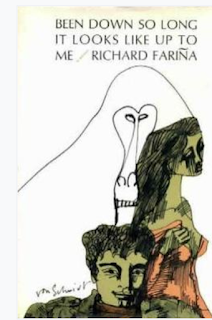